Craft VS. Crafty from BA. How some beers are trying to pass off as craft beers 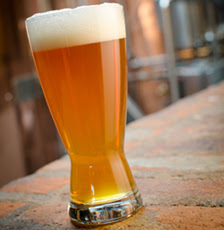 Boulder, CO • December 13, 2012—The Brewers Association, the not-for-profit trade association dedicated to small and independent American craft brewers, issued the following statement regarding the increase in production and promotion of craft-like beers by large, non-craft breweries:
An American craft brewer is defined as small and independent. Their annual production is 6 million barrels of beer or less and no more than 25 percent of the craft brewery is owned or controlled by an alcoholic beverage industry member who is not themselves a craft brewer.
The community of small and independent craft brewers has grown as beer enthusiasts embrace new, diverse beers brewed by their neighbors and friends who are invested in their local communities. Beer drinkers are voting with their palates and dollars to support these entrepreneurs and their small and independent businesses.
In 2011, small and independent craft brewers saw their industry grow 13 percent by volume; in the first half of 2012, volume grew by an additional 12 percent. Meanwhile, the overall beer industry was down 1.3 percent by volume and domestic non-craft was down 5 million barrels in 2011.
Witnessing both the tremendous success and growth of craft brewers and the fact that many beer lovers are turning away from mass-produced light lagers, the large brewers have been seeking entry into the craft beer marketplace. Many started producing their own craft-imitating beers, while some purchased (or are attempting to purchase) large or full stakes in small and independent breweries.
While this is certainly a nod to the innovation and ingenuity of today's small and independent brewers, it's important to remember that if a large brewer has a controlling share of a smaller producing brewery, the brewer is, by definition, not craft.
However, many non-standard, non-light "crafty" beers found in the marketplace today are not labeled as products of large breweries. So when someone is drinking a Blue Moon Belgian Wheat Beer, they often believe that it's from a craft brewer, since there is no clear indication that it's made by SABMiller. The same goes for Shock Top, a brand that is 100 percent owned by Anheuser-Bush InBev, and several others that are owned by a multinational brewing and beverage company.
The large, multinational brewers appear to be deliberately attempting to blur the lines between their crafty, craft-like beers and true craft beers from today's small and independent brewers. We call for transparency in brand ownership and for information to be clearly presented in a way that allows beer drinkers to make an informed choice about who brewed the beer they are drinking.
And for those passionate beer lovers out there, we ask that you take the time to familiarize yourself with who is brewing the beer you are drinking. Is it a product of a small and independent brewer? Or is it from a crafty large brewer, seeking to capitalize on the mounting success of small and independent craft brewers?
A full list of U.S. breweries is available on BrewersAssociation.org. The Brewers Association list of domestic non-craft breweries is available for download.
Posted by Bohemian Brewery - Salt Lake City at 7:17 AM 2 comments: